What time is the NEW Runescape quests going to be continued? 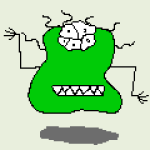 It appears that the majority of new story content happening on Runescape is mostly World Guardian, Gods, and Dragonkin content, yet there’s an array of quest-based series that OSRS Gold haven’t received a proper conclusion as of yet. In particular, it’s the Gnome series. I want to find out what Glough says about monkeys watching him, and what else does he has in store for us? It’s not like the Glophrie story is finished yet although I’m not completed that story yet. This story hasn’t been touched since 2011.

Yes, I know Monkey Madness II is on OSRS However, I’m not sure how long it would take me to get to that level of a level in THAT game. And there could be some RS3 stories retcons in that.

It’s not just this series however, there are other series too and there aren’t a lot of unfinished series left that the RS staff ain’t currently working on, so let’s finish the other series and I can sleep well knowing the fact that Glough and Glophrie’s evil plans are thwarted once and for all. And both the Village and Stronghold are secure from their own species (and even the monkeys) at least.

Gnome will not be complete until they can decide what they want to do with Arposandra and that’s why the story was not able to go on, they can’t just drop in an urban area without having a plan for it and they are aware of how unhappy people will be if the promises of the city isn’t delivered in some way. Also, nobody was interested in comparing them with any of the other stories. They’re not even very popular many people simply want them to cross off the box to complete which is why they don’t even vote anymore, since their middle road popularity never really change.

We’ve already had a continuation to the storyline of the monkey through Do No Evil where we assist in the restoration of the desert monkeys as well as their goddess. We also broke a peace/trade agreement with the king. The problem is their island is a code hell no one wants to touch which makes it difficult for them to take action on it. The monkeys are less popular than the Gnomes.

Outside of the two series of them, is there really that many loose ends that remain? Elemental Workshop, Desert needs its conclusion, Penguins has no planned end it’s more of an episodic show and, like Gnomes the creators want to carry on the show in Acheron therefore, it restricts things a bit. Perhaps that’s the case? It seems like there are open ends to create a new 6th-age series with the potential for the return of the Vyre Werewolf civil war or the return of Rabid Jack But there’s a distinct difference between leaving room for the creation of a new story or not being complete in terms of narrative.

The integration of these into their overall narrative focus is also a challenge, given that they tell stories over seasons, which allows them to focus on the content and create the story in a much shorter amount of time (as within a half decade of stalling between pieces) however it makes it difficult for them to make time for random things. It’s also a cost – and time factor, but it’s less of a burden to them if buying rs gold they bundle the quest into other updates.