We would like to create a diverse play experience 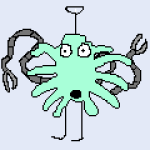 Diablo III had Rifts and Adventure Mode. Can Diablo IV have a comparable endgame? For the Rift part, We’ve Got the Key Dungeon. It is different enough Diablo 4 Gold, although it’s similar. Similar as it’s that endless challenge you can go into. Because you have to discover a secret and about the key, different, it states the problem. It says the dungeon affixes that change up things like that, the gameplay. Use the key, I must go to the dungeon, and begin that run. In that sense, the endgame will be quite similar.

However, what we wish to actually amp up is having more challenges, more things. We’re hoping to make certain the endgame is quite — it’s a really diverse set of the two obstacles, like difficulties, and what you’re doing. That is our plan for the endgame.Diablo IV has a bit of an MMO feel. You can view characters running around. Was that hard to make work?

When you’re running around, we’re trying for a sense. You will see a couple of people trickle by every once in a while. You will perhaps see a few more people when you are in town. But we don’t want that to get too crazy. Diablo is a globe. Bad things are occurring. However, when you get into something such as Ashava, the world boss, you are going to see more folks are allowed to be there for that type of event, because obviously that would be probably impossible without a few groups of people.

However, it’s also about being a connected experience. It is just nice to be able to party up and team together with people and whatnot when you are in town and then go off and experience together. However, when you enter the dark dungeons, it’s only going to be your party and you. You’re not going to run into anyone when you are down in the tunnels. Diablo IV is currently coming to PC and consoles. Are there any plans for crossplay? We’ve got nothing to announce with crossplay, but that is a topic we are interested in.Diablo III would often throw a lot of creatures at you. It seems just like the creature density in Diablo IV is extreme.

We would like to create a diverse play experience and critters are part of that. We would like scenarios in which you are killing hordes of monsters, but we want situations where you need to think about, when is that overhead attack coming from the [enemy]? It depends upon the monster household voidk, I would say. The monster families in the demonstration that you played probably are more toward what you experienced. That is why you noticed that. But we definitely need this controlling everything kind of feel too.