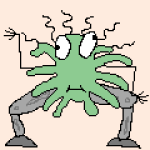 Runescape is an incredible game that is only hampered by one MAJOR flaw. The time lag…

We could go into a lot of nitty-gritty stuff that’s wrong with RuneScape, Be it the ever-growing MTX or the inflated economy or the absence of new content on the same level it was just a few years ago But absolutely nothing is comparable to the fact that RuneScape is 100% always slowing down, which can cause a host of other problems.

I’m not able to list them all from the top of my head, but here are the big ones:

Moderate to long delay on each click every input.

The animations in combat are misaligned.

Combat, as a whole, is very f ***** up due to the delay in inputs, and delayed animations, unless you really are in love with RuneScape and you’re willing to live with it, otherwise it’s a huge turnoff for any new player immediately and a huge pain for current players who have endured it for years for years, literally.

I believe the engine currently in use is at the heart of every bug that there is , and has been and will continue to be. This same terrible game engine slows down the growth of the game significantly. I’m sure everyone agrees with me when I say that I’d rather not have new content for a year or two in the event that they could fix the lag as well as the engine. It’s hard to emphasize the importance of it for the longevity of the game and its health and we all know. I’ll bet anyone 1,000 bucks that at least 50% of new players who have enrolled in RuneScape have the same question: what is this delay? And the response is that this is RuneScape it is, always has beenand always will be, and they take the 180-degree turn, and never return.

We have all put up with this because we enjoy RuneScape. It’s our favorite childhood game, it’s a part of our lives and the main difference between the number of players who played at a peak in the past and now is not the decline in MTX, or the pumping of new content each weeks… It’s the SHITTY engine.

We’ve heard for at least 5 years now the same excuse: It’s a massive project and so on. So , does this mean RuneScape has gone slow to death? It’s hard to fathom that they themselves can’t see how their game is never ever going grow bigger past the level it’s at today because of this broken code they continue to develop. There may be periodic peaks when we release of the archeology or steam release, but it never is sustained and the numbers drop back to what they were prior to, and eventually back to the steady decline that has been occurring over the last 10 years. The majority of those who remain, are the die-hard fans, who love the game so much they’ve just adjusted to the game… It could be much betterif they took the time, spend all the development energy, just to fix it. Polish the diamond within the rough.

All in all I believe that RuneScape has the potential to become super popular. I mean like 1million players online on any given day. There’s plenty of contentand plenty to do. the combat and bossing all around is the most interesting and highest skill ceiling I’ve seen on any gaming. It’s hard to imagine how good it would be when it was fluid and without delay. You are able to see everything as it happens and you have complete control of your character’s movements moving, its movements, and actions.